End Abuse and Torture in Massachusetts

Is There An Autistic Personality?

Autism is a different way of being in the world, and that difference arises in the brain. The neuronal networks of an autistic brain are somehow different from those of a typical brain. We know quite a bit about many of these differences, although it is not always clear what is the relationship between differences in brain qualities and the hallmarks of autism (certain behaviors, and the different ways of processing information).

Because there is no definitive “biomarker” (e.g. blood test or DNA test) for autism, diagnosing someone as autistic is currently a subjective process that relies primarily on observed behavior, as well as on performance in tests that are designed to ferret out underlying thinking patterns.

One of the most serious flaws, it seems to me, in most descriptions of autism, as well as in diagnostic regimens (such as the DSM), is that they were developed and written by people who are not autistic. It’s a bit disconcerting to read an explanation of a state of mind that has not been experienced by the author. I imagine it is analogous to reading a travel guide about the beautiful Berkshire Hills of western Massachusetts, where I live, written by someone who has never visited.

This essay is an exploration of the idea that there may be an Autistic Personality Type.

If that is true, it may be that a fairly simple personality test would provide a reliable autism screening tool. Many autistic adults have learned to mask the behavioral markers that would be tell-tale signs of autism in younger people. These adults came of age in an era when autism awareness was low or virtually non-existent, and never received the diagnosis that they might have been given in today’s environment. In my own experience, and in my observation of many other autistic adults, self-awareness is one important key to reducing the anxiety that accompanies being autistic, and to unblocking many of the barriers to self-acceptance and to enjoying life to its fullest.

Neuroscience Confirms What I Have Long Suspected

In prior writings and talks, I have jokingly referred to “The Woody Allen Syndrome” – the character he convincingly plays in his early movies. He is socially awkward to the point of inept; he is convinced that the worst possible outcome is about to occur; he is paranoid, pessimistic, and unfocused. He feels unloved and unappreciated, and when something does go wrong, he retreats into a prolonged period of depression and self-recrimination.

Well, it turns out that there is some scientific support that this description may just fit the typical person who is autistic. Which is not to say that everyone who is autistic can be characterized this way, nor does it mean that everyone who has this “Syndrome” is autistic. But, if there is a high degree of correspondence, this description (or, rather, a more scientific formulation of it) may provide important information about the likelihood of someone being autistic.

Details Another Time – Here Are the Key Concepts

It was once thought that two separate areas of the brain were responsible for our emotional life versus our intellectual one. Control of feelings was believed to be solely centered in the more primitive subcortical limbic system. Thought, on the other hand, logically came from the more highly evolved neocortex. As it happens, things are a lot more complicated than that, with both of these areas of the brain involved in emotional as well as intellectual functioning.

Part of the very good news that arises from this understanding is that we can consciously change the way we react to things. We can adjust our responses and, indeed, our very personality styles. This is a topic for another time, but I wanted to mention it here because it is important to know that, if we are not happy with the emotional traits we now possess, we can work to change them. Read on! 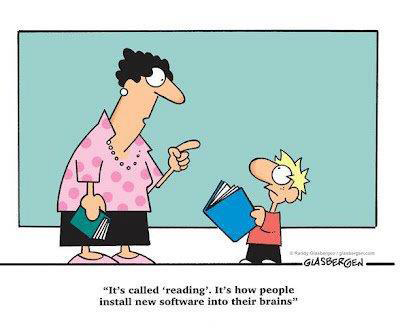 Rate Yourself on the Six Dimensions of Emotional Style

The discussion here follows from the categories presented in The Emotional Life of Your Brain, by Richard Davidson with Sharon Begley, Hudson Street Press, 2012.

Neuroscientists have observed that there are six different and distinct brain patterns that are activated during emotional response. This list is an approximate mapping to those patterns. Over the years, psychologists and neurologists have proposed many classification schemes for personality types and for related concepts. Those schemes were based on careful observation, intuition, and controlled testing. So, they had (and have) a certain validity, but they were not based, as these are, on direct observation of brain functioning. My hunch is that, over time, these approaches will be harmonized, so that the best of both will survive and inform us. In the meantime, have some fun with this new structure.

You can rank yourself on a scale of 1 to 5, or just high or low, or plus or minus, or any way that is useful to you. In any case, you will get the drift.

Now, these are very shorthand descriptions of these emotional styles, but I’m sure you can see that they each cover a unique domain of behavior, and, taken together, they provide a pretty complete description of the components of an overall emotional style.

How Does This Relate to More Traditional Categories of Personality Traits?

One of the more widely used schemes is called “the big five” and often goes by the acronym OCEAN.

According to Davidson and Begley, these can be mapped with their new list as follows:

In the last one, substitute High Self-Awareness for “Insensitive to Context” and you have described a personality trait they label as “anxious” – put “neuroticism” and “anxious” together and I think you have the “Woody Allen Syndrome” also known (so say I) as The Autistic Personality. A couple of caveats are in order here: one concerns self-awareness – autistic people are more likely, I believe, to be highly self-aware of their physical surroundings, but less so about their own emotional state. Also, there are areas not explicitly covered in these lists that have to do with motor skills and communication difficulties, both of which can be very reliable clues that a person is autistic.

And, yes, I’m aware that not everyone is the same, and one can be autistic and not share all of these traits. Plus, the “Attention” category is a bit problematic, I think, because (in my experience at least), an autistic person probably lives at both ends of the spectrum – totally focused at one moment to the exclusion of the surrounding world, and then flitting on to the next thing, and the next.

Also, there are attributes that I associate with autism that are not really covered here; such as our obsessive need for perfection. We have high standards, and none higher than for ourselves! There are also outward-oriented characteristics, such as extreme empathy for other people, as well as for non-human animals. And a strong sense of social justice. Then there is the dimension of “Attention” that is longer than “the task at hand” – we have “deep interests” that may occupy us for weeks, months, or even a lifetime.

One striking thing about that last list is that all of the first four traits are made up of nothing but positive emotional styles. The last one is the only one with negative styles, and it has nothing but negatives. Again, this is not to say, by any means, that everyone who is “neurotic” is autistic. But I bet it’s pretty safe to say that anyone who is autistic lives in the world described by this list of negative attributes. Or, at least, that is our natural habitat. I have worked hard to change many of my intuitive responses, and, I think, with some success. Yet, I still feel the pull of those dark forces.

The Autistic Personality is What We Are Born With: We Can Choose to Change!

The good news is that it is possible to change, even though it is, without question, hard work. The high plasticity of the autistic brain makes it very difficult for us to be resilient (the opposite of “plastic” is “elastic” which describes something that snaps back quickly). Yet, that same plasticity enables us to learn quickly and to reshape our brains. It takes self-awareness, willingness, and effort. And, believe me, it is worth it!

I would love to get feedback and thoughts on all of this. Your comments are invited and welcome.

My exploration continues in Part II.