A Walk Through Berkshire History

There’s a Word for This

Word of the Day: Usufruct

Caveat: I’m not an attorney.

My interest in this legal term derives from research I’ve been conducting relating to my upcoming (April/May 2019) OLLI course on Berkshire history. Specifically, I’ve been reading a wonderful 1983 book, recommended to me by two different people; Changes in the Land, by William Cronon, who is now at the University of Wisconsin-Madison. 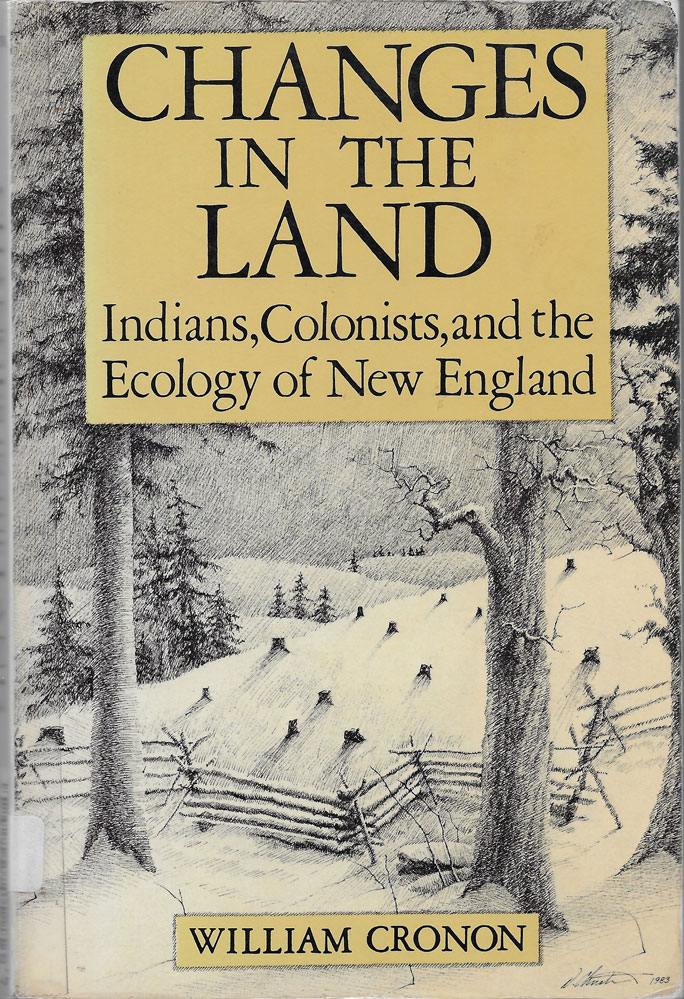 This book is now out of print, but I found that many used copies are on offer. There is a 2nd edition, and from what I can tell, the only change was the addition of an introduction.

A recent (2018) review, written by a grad student at the University of Texas in Austin, does a good job of summarizing the main themes of Cronon’s book, although I’m not in complete agreement with his analysis. He states, for example, when (correctly) pointing out Cronon’s different treatment of northern and southern New England, that “the lack of agriculture” in the north created different forest types. (“As a result, the makeup of the forests was different.”) I’m not sure that’s what Cronon said, and in thinking about it, I’ve wondered whether we have a chicken-and-egg problem here.

Cronon points out the common practice in the south of burning the detritus and new growth on the forest floors, as often as twice a year, to preserve the “park-like” appearance commented on by many of the early English colonists. The Indians (presumably) did not do this for aesthetic reasons, but to give themselves easy access to tracts of land that they traversed (usually in the winter) in search of game. There were also other benefits that Cronon explains.

All of this worked well in the south, but not so well in the north, because the tree types were different. In the south, hardwoods prevailed (chestnut, oak, maple, cherry, and so on), whereas in the north, coniferous trees were more common. In a pine forest, burning the forest floor would often end up consuming the entire forest in flames, making this practice ill-advised. Now, was the forest of the north different because no burning had been done, or was it different because of other natural reasons, such as a colder climate (and shorter growing season), or different soil types?

Whatever the cause, there was indeed much less agriculture in the north, and the common means of transport was the canoe rather than the footpath. Indian populations tended to be concentrated along the coast or alongside rivers. Being dependent on fish and game for food required larger areas to support a given population than in the south, where the majority of caloric requirements came from agriculture. Cronon estimated that the population density in the northern half of New England was but a fraction (one seventh) of that in the southern half.

Usufruct is a word (and concept) utilized often in Cronon’s book, so I wanted to be sure I understood what is meant by it (although his exposition on its consequences is quite clear). In addition to my opening disclaimer that I have no legal training, please be clear that I am also not an historian. My background is in economics and finance, so these comments are those of an amateur researcher, and my terminology may not be technically correct.

My understanding is that English law with respect to property rights derived from the Roman system, and usufruct is a combination of two Roman (Latin) words that describe two of the three aspects of ownership.

A person who has all three of these rights is considered to have full ownership.

Related to this concept of property rights is that of sovereignty. In the English system, the Monarch (King or Queen) had sovereign power over the entire country, but did not own it all. After First Contact, when the English colonists became familiar with the existence of sachems, they assumed an equivalence to their Monarch, which was really not the case. The Indian system of government was much more communal than that.

Much of the conflict between the colonists and the original inhabitants of New England arose from their different conceptions of property rights. The English evidently did not understand the Indian system very well, or perhaps chose to disregard it. Similarly, the Indians did not, at first, comprehend the English idea of individual property ownership. When they “sold” land, they were often selling (they thought) usufruct rights. Even in cases, however, when these rights were explicitly stated (either as being given, or, more often, retained) by the Indians, the English disregarded this aspect of the transaction, and claimed full ownership.

One early example, as given by Cronon, is the “sale” of Agawam to the fur trader William Pynchon. This transaction involved a tract of land along about 4 or 5 miles of the Connecticut River. There were no fewer than 13 Indian men and women signing the deed (an English concept), two of whom were evidently sachems speaking for a larger kin group. Again, the sovereignty over this land, to the Indians, was a communal affair, and they did not have a concept of individual land ownership. Cronon quotes from the deed:

they [the Indians] shal have and enjoy all that cottinackeesh, or ground now planted; And have liberty to take Fish and Deer, ground nuts, walnuts akornes and sasachiminesh or a kind of pease.

The story is more complex than this, of course, because the English did not inherently recognize the Indians’ sovereignty over this land. After all, the English King had granted that to the Massachusetts Bay Colony. But that’s enough of the story, I hope, to show that I understand some of the underlying mutual misunderstandings between the two different cultures.

As Cronon goes on to point out, there was probably very little the Indians could have done to prevent the imposition of the English property system. Although that foreign mode of allocating rights was disruptive, the Indian way of life was likely destroyed more by European diseases and the ecological changes that came about as a result of the colonists’ use of the land. Or misuse, from the Indians’ perspective.