Abraham Lincoln as a Candidate for the Autism Hall of Fame

What Does It Mean To Be WEIRD? Can Penguins Fly?

Why is that also “weird” in the sense of being unusual? Because it is. WEIRD people like me represent only a small fraction of the world’s population, yet our “science” often assumes that what is true of our culture is universally true.

Researchers had been doing the equivalent of studying penguins while believing that they were learning insights applicable to all birds. 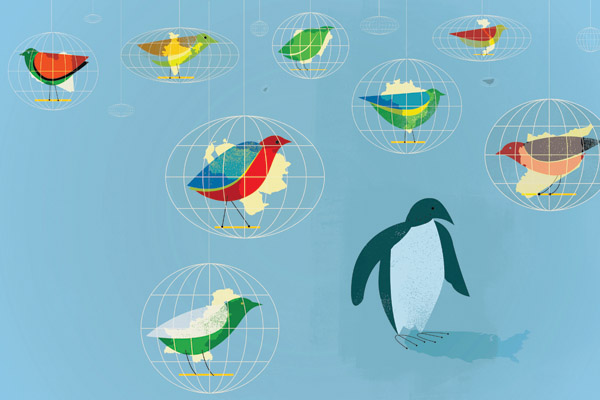 This article* provides an interesting perspective on the influence of culture on psychological research. The assumption that culture does not affect some basic behaviors may be seriously flawed; thus many conclusions about “human nature” may in fact be only statements about behavior in the European/American part of the world.

Economists and psychologists, for their part, did an end run around the issue [of cultural imperialism] with the convenient assumption that their job was to study the human mind stripped of culture. The human brain is genetically comparable around the globe, it was agreed, so human hardwiring for much behavior, perception, and cognition should be similarly universal. No need, in that case, to look beyond the convenient population of undergraduates for test subjects. A 2008 survey of the top six psychology journals dramatically shows how common that assumption was: more than 96 percent of the subjects tested in psychological studies from 2003 to 2007 were Westerners—with nearly 70 percent from the United States alone. Put another way: 96 percent of human subjects in these studies came from countries that represent only 12 percent of the world’s population.

* We Aren’t the World

Joe Henrich and his colleagues are shaking the foundations of psychology and economics—and hoping to change the way social scientists think about human behavior and culture.

It’s a good article, well-written and replete with links and illustrations. Highly recommended. It’s time we started to think outside the WEIRD.